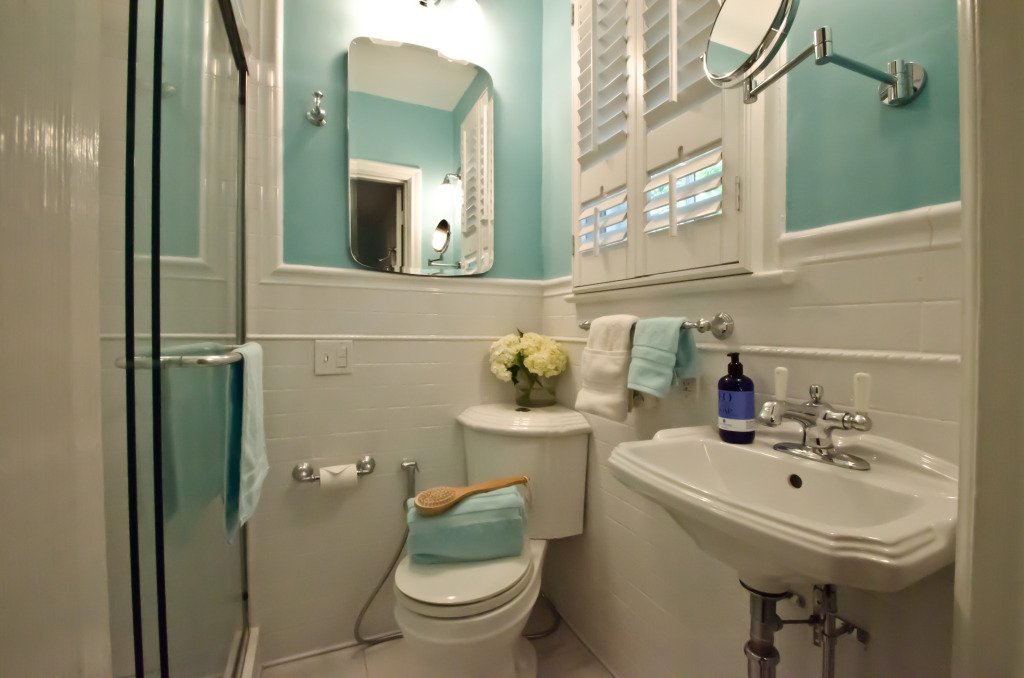 This Chevy Chase bathroom remodel was actually for two small bathrooms. Suzanne’s tiny bathrooms were no longer functional, and she was desperate for a quality bath remodel. The HVAC system did not extend into the bathrooms leaving them frigid in the winter. The mud set tile had started to crack and the pipes were corroded. She loved the original look but knew the baths needed a complete overhaul.

With such a tiny footprint Merrick didn’t have a whole lot of room to rework the layout. So instead we focused on reviving the traditional look while incorporating some modern conveniences. Other designers had suggested to Suzanne that she go with an all-marble look for her Chevy Chase bathroom remodel, but she thought that would be ostentatious in her bungalow. We absolutely agreed, and stuck with a traditional white subway tile and dressed it up with marble floors and rope edge details. It’s a timeless look that would fit into any home.

To warm up the bathrooms Warmly Yours heat mats were installed underneath the tile in each room. Another modern amenity Suzanne wanted to include were bidet wands. Plantain shutters and new chrome fixtures brought these bathrooms together creating classic rooms that, although small, have BIG style.

Definitely. David Merrick is an honest and ethical contractor who looks after his clients. Whatever problems could arise (and with any major or even minor construction there is always something) he finds a viable solution. Merrick design build emphasizes quality over all other factors. We have had several large projects done in our 85 year old home over the years. This end result is by far the best.
- Suzanne
Schedule a Consultation